It's not always easy for kids to understand that the animals in their favorite cartoons are also sometimes the ones that end up on their plates. A good reason to hide them? Not necessarily. Here are some arguments in favor of transparent discussions about the origin of food.

A history of culture

In most cultures, children are used to seeing chickens with paws and a head , rabbits with eyes, whole fish with skin and eyes. Children who go to market with their parents grow up with a more developed sense of the nature of food .

Cultural groups differ in their acceptance of food. Food considered disgusting by one culture can be seen as a treat in another. It's the same for the appearance of animal products. Many cultures find it normal to recognize the animal or parts of the animal where the meat and fish come from. Children grow up in this spirit. In France, on the other hand, meat and fish are more often bought in supermarkets. They are cut and packed so as to erase any link with the animal. For North American supermarkets, it's quite a surprise (not to mention disgust) the first time they walk the aisles of a public market abroad. However,

The importance of familiarization

Three-quarters of children aged 2 to 10 will experience episodes of food neophobia . To accompany children in the discovery of dietary diversity, bet on familiarization. Familiarization is a process by which one gets to know the foods better so that they become familiar, little by little. Children tend to love the foods they know. So getting to know food is one of the best ways to accept and appreciate it. Therefore, children must be exposed to food repeatedly. You also have to describe the foods, talk about their use, discuss where they come from, etc. Children benefit from knowing that the carrot comes from the garden, the river salmon, the chicken eggs and the ham of the pig.

An open door on responsible consumption

According to renowned author Micheal Pollan, the North American disconnect between meat and animals may have contributed to the rise of intensive livestock farming. This breeding often takes place far from the eyes of consumers. "Far from the eyes, far from the heart," the saying goes. When livestock is out of reach of consumers, the industry raises the animals as they see fit. It often does so more with the pursuit of profit in mind than the welfare of animals or environmental concerns.

Choosing foods of animal origin must be taken seriously. The animals were alive before being on the menu. We must therefore ensure that animals are raised as healthily as possible under optimal conditions for animal welfare. Responsible breeders, there are some. These are not hiding. On the contrary, they even open their doors to agrotourists. Agrotourists will see animals loved, well treated and happy … something to reassure young and old! 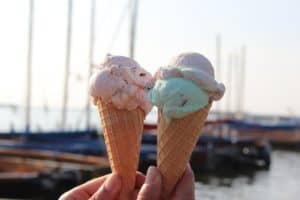 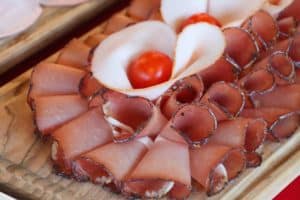 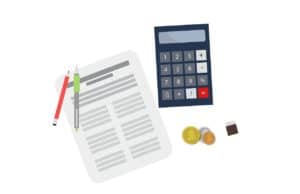 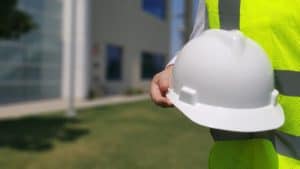